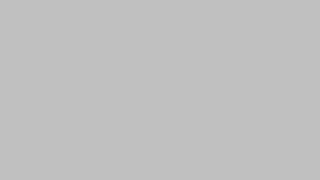 This is the last version before Minecraft 1.8. As you can see in the changelog, it’s mostly about fixes, but there are a couple new features as well.

The Kaboom mod will probably confuse a lot of people, so I will explain it here:

It sends a ton of digging packets to all blocks around you. It’s like FastBreak in the instant mode, but with 2000 blocks at once. Theoretically, this breaks them all instantly, but the server can’t keep up with it.

By default, it’s bound to the Grave key (or Ö on a German keyboard).

The “Kaboom power” slider configures the amount of packets per block (ppb). The higher this value is, the more blocks will be broken, but it will also cause more server-side lag.

It works best with fast tools and soft blocks, like diamond shovel vs dirt or diamond pickaxe vs quartz.

Note that this cannot bypass NoCheat+ because NoCheat+ blocks any kind of packet spam.

If you use this mod correctly, you can grief stuff in no time. But you could also use it to crash a server by setting the power to 512ppb and spam-pressing Grave/Ö as fast as you can.

The installer contains the Wurst Client, but with all of the Minecraft code stripped out. This file would not work on its own, but when you run the installer, it takes your existing Minecraft installation and combines it with this file to create a working Wurst installation. This way, the file you download doesn't actually contain any copyrighted code.

You must have Minecraft 1.7.2 (not 1.7.10) installed in order for the Wurst installer to work. Even if you plan to use Wurst on 1.7.10 servers, it still needs the code from Minecraft 1.7.2 because that's what this Wurst version is based on.

This torrent contains all above versions bundled together. Open it in your torrent client to select which version(s) you want to download.

Wurst Client v1.2 for all Minecraft versions listed above