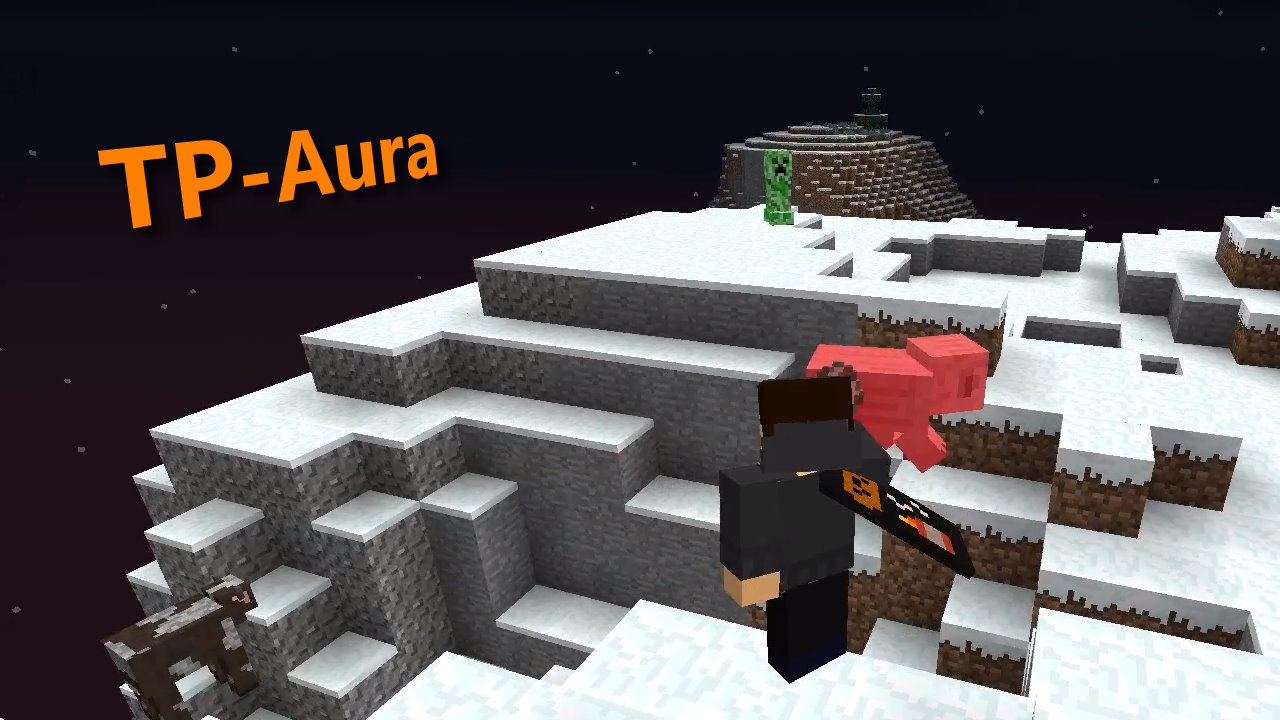 This mod has been highly requested in recent times and honestly, it’s a pretty cool thing. As the name suggests, TP-Aura (also known as EnderAura) is another type of Aura, similar to Killaura and MultiAura.

What’s special about this Aura is that it randomly teleports you around the entity that you are attacking. This makes it nearly impossible for a normal Minecraft player to hit you back.

Unfortunately this also means that TP-Aura cannot bypass NoCheat+. All of that teleporting is just too obvious.

However, it should work just fine on Mineplex and any other servers without NoCheat+. And it’s definitely a lot of fun on those servers.

While working on TP-Aura, I also discovered some bugs that I think one or two people had reported as well.

Sliders were not always properly updating. For instance, if you tried to use ClickAura without having used Killaura before, the Range and Speed sliders would be set to zero.

This caused ClickAura to not attack anything until you enabled Killaura at least once. This bug is now fixed and will no longer occur.

Another bug was that the FastBreak Speed slider didn’t accurately set the FastBreak speed. Setting it to 2.5, for example, would actually set it to 2. That is now fixed as well.