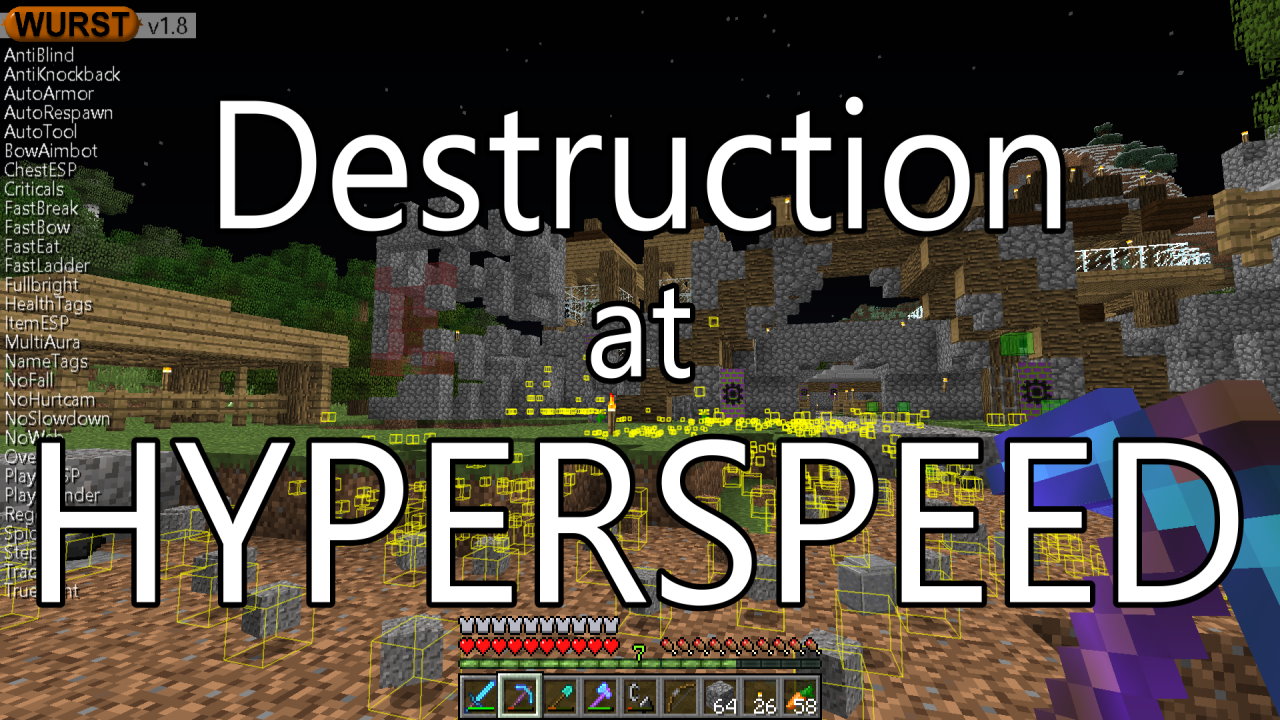 This may look like a small update, but there have been large changes behind the scenes. This includes artificial intelligence and a new system for updating mods.

To see the artificial intelligence in action, use .path or .goto. Both of them will compute the shortest path from your current location to the one you specify in the command. .path will show you the path by highlighting it in green while .goto will use the path to walk, fly, swim and climb you to the goal. The path will vary depending on the currently enabled mods and other factors.

Keep in mind that these two commands are not even close to what this artificial intelligence is capable of. Imagine a fully automatic mining bot (x-ray mining, not strip mining). Things like that are no longer just a dream…

Although you cannot see the new mod system unless you are a programmer, you can and will see how it affects your performance. Wurst v1.8 runs noticeably faster than previous versions because it no longer updates every mod on every tick.

The best part is that future versions will be even faster than that. So far, I have only minimized the amount of wasted time in tick updates. There are six other types of updates that are still eating up performance and waiting to be optimized, especially render updates and packet updates.