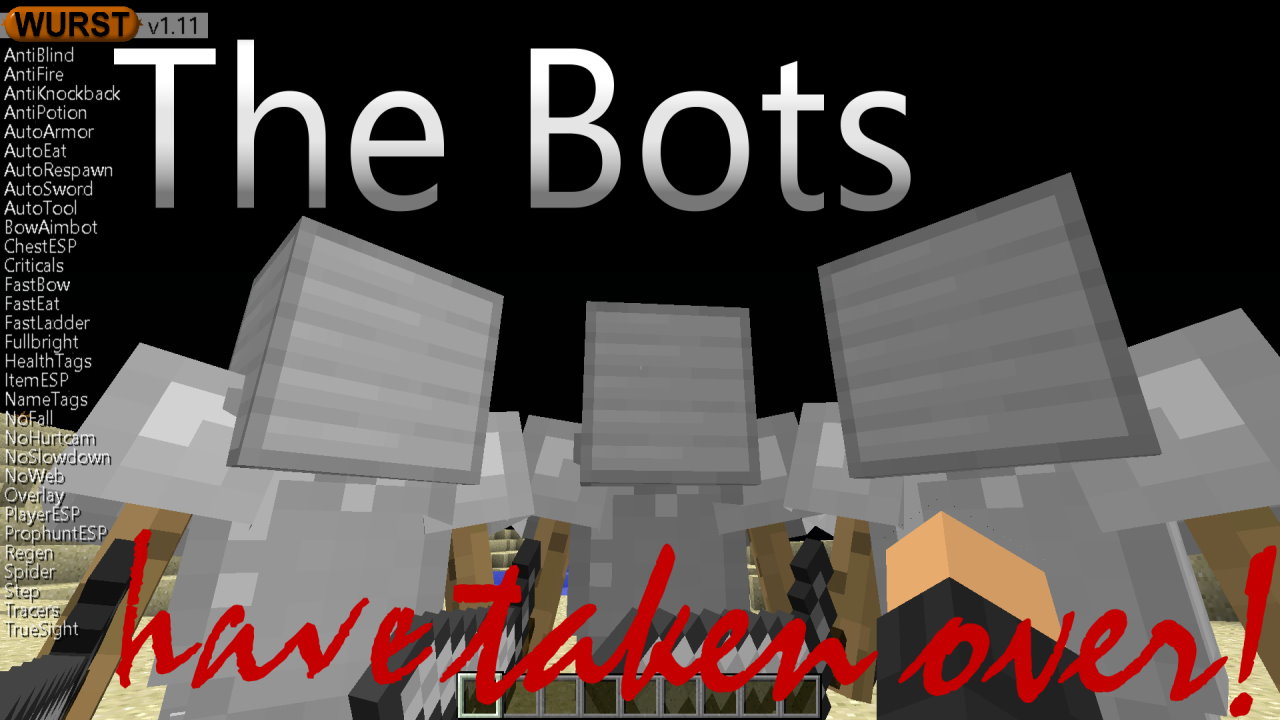 I remember saying that I would make an automatic grief-bot one day. I was kidding when I said that, but now we’re almost there.

Wurst-Bot cannot yet grief automatically, but it should now be really easy to implement that. However, by using FightBot/Protect, Regen, AutoEat, AutoSword & AutoArmor, it can already do PVP automatically. Tests on play.WiZARDHAX.com have shown that it often PVPs better than a human. It was quite hilarious to see these humans being slain by a bot… and later asking the bot what client it was using.

You need a Wurst-Bot launcher to use Wurst-Bot. A very basic one I made can be found at GitHub.com/Wurst-Imperium/Wurst-Bot-launcher. Wurst-Bot cannot be started with a mod or command in Wurst, but this is planned for later.

Joins a premium server with a premium alt and a proxy, sends some chat messages, runs some Wurst commands, leaves the server and stops.